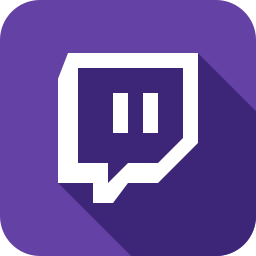 I am a 27 year old computer science student from Germany. I had my first encounter with Minecraft in the middle of 2010.

After some small servers on my own I became part of the staff of Minebench.de, a big German Freebuild Survival community, in early 2012.

I now have partial ownership and am responsible for the administration of server, website and the forum as well as for plugin and mod development. I also plan and project events and objectives for the future of our community.

I develop lots of Java programs and plugins that are mostly related to Minecraft. I've even worked on the code of the custom Bukkit, Spigot and Paper Minecraft servers directly and am maintining my own Paper fork Origami for my Minecraft Server Minebench.de. Most of my projects are open source and released on GitHub.

Did you ever want to show your items and their abilities to other players like you can in big MMORPGs? Or do you have players that are sick of having to throw their items on the ground or buying the wrong ones? Then this plugin is exactly what you need!

With ShowItem players can send a message in the chat to display infos about the item they are currently holding in their hand! Check out more about it here!

This plugin lets you set different server resourcepacks for each server on your BungeeCord network. Check it out here!

Provides a command (/randomteleport) to randomly teleport a player to a safe location in a give radius around a given point!

Respects saved WorldGuard and Factions regions and tries to teleport player to the position with the least protections around it! read more

This is a simple Bukkit command wrapper to allow color codes with the & character in every plugin! read more

Better Beds is a plugin with which you can sleep away the night more easy! It is heavily inspired by the Morpheus sleep mod known through FTB and CrackPack. read more

I have since then started to implement some of the features of Zombe's Modpack into a fork of the DaFlight Liteloader mod into a ZoMBe mod for the staff modpack of my Minecraft server!

You can find more of my work on github.

I have also coded a couple Bukkit plugins for my server which are not for public use.